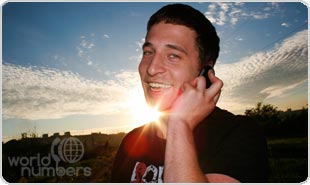 With a current user base estimated to be around two billion, the Internet could be described as a teenager. The reason for this apparent contradiction is that growth to maturity appears to be just around the corner. Experts are projecting Internet users to grow by about three billion additional users in the next few years fueled by rapid adoption rates underway in developing countries. In addition to forecasting more online shopping and greater geographic distribution of Internet users, experts also see a dramatic shift toward mobile web use. This has important implications for SMBs seeking to exploit this massive wave of opportunity. Getting local by offering local phone numbers that are re-directed to you anywhere you are is a critical way of capturing new customers and maturing your business along with the dramatic growth in Internet users.

While social/mobile/local is an overused buzz phrase, most of the attention has been placed on social and mobile. In social, the rise of Facebook and Twitter is clearly a disruptive and critical trend. In mobile, the adoption of the smartphone is also a fundamentally important platform transition. Much less attention has been paid to the third concept, local, which is ironic since it may be a much larger real business opportunity than either social media or Smartphone application revenue. Over the next five years, this massive opportunity will come into focus as new businesses and consumers embrace the Internet and adopt new interactive technologies that increasingly automate the connections between their customers and themselves – and a local number that is free for a customer to use is well worth the investment.